The Truth about the Companions 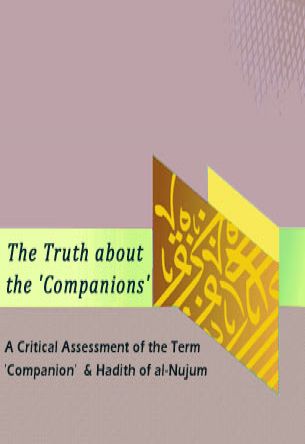 With the prophetic mission of Prophet Muhammad (S), the seal of the prophets, the last and the most perfect divine religion was conveyed to humanity and prophethood came to an end. The religion of Islam emerged in Mecca but after twenty three years of strenuous efforts made by the Messenger of Allah (S) and a handful of his loyal companions it spread all over the Arabian Peninsula.

The continuation of this divine mission was an important undertaking that was entrusted publicly on Dhul Hijja, the eighteenth, by Glorious Allah, to Ali (A.S.), the Commander of the Faithful and the first personality after the Holy Prophet (S) in the world of Islam.

With the proclamation of Hazrat Ali’s guardianship and succession on this day, divine blessings were completed and the religion of Islam was perfected and announced as the only religion chosen by Allah. That was how unbelievers and pagans despaired of destroying and harming Islam.

Soon after the demise of the Messenger of Allah (S)], some of the companions of the Holy Prophet (S) premeditatedly deviated from the course of guidance and leadership. They closed the gate of the city of knowledge putting Muslims in perplexity and confusion. From the very beginning of their rule, they placed the truths of Islam – that were like shinning sun – behind the dark clouds of doubt and skepticism by way of putting a ban on recording prophetic narrations, spreading fabricated narrations, casting doubts and embarking on hypocritical and deceptive tactics.

Obviously, in spite of all conspiracies hatched by the enemies of Islam, the truths of Islam and noble sayings of the Messenger of Allah (S) continued to spread as they were promulgated by the Commander of the Faithful, Ali (A.S), his successors and a few of his devout companions and those truths kept flowing and manifesting themselves in one way or the other in the course of history.  By explaining the truths, they did away with doubts, specious arguments, and wicked beliefs inculcated by the enemies of Islam, and made the truth clear to all.

In this respect, great scholars and men of knowledge such as Sheikh Mufid, Sayyid Murtadha, Khaja Nasir, Allamah Hilli, Qadhi Nurullah, Mir Hamid Hussain, Sayyid Sharafuddin, Allamah Amini etc. having been glittering like shining stars, since they are the ones who defended Islamic truths, explained the realities of the school of Ahl al-Bayt (A.S.) and dealt with spurious arguments using their tongues and pens.

In our era, one of the outstanding scholars and researchers who has, with his eloquent pen and expressive writing, explained the truths of the religion of Islam and astutely defended the imamate and wilayah (guardianship) of the Commander of the Faithful, Ali (A.S.) is Ayatollah Sayyid Ali Husaini Milani, a great researcher.

The Islamic Truths Center is proud to take up the task of reviving the fruitful and precious works of that great researcher by reviewing, translating and publishing them in a bid to make them available to students, scientific figures and those who are in search of Islamic truths.

The book in your hand is a translation of one of his works titled “haqiqat sahaba” and which hopefully will acquaint the English readers with Islamic truths. It is expected that this humble effort will earn the pleasure of the Remnant of Allah, the Imam of Time, may Allah hasten his reappearance.

PrevPreviousQ: Is it permissible to congratulate a Christian on the advent of the Gregorian or Christmas new year?
NextA Critical Assessment of Sahih Bukhari and Sahih MuslimNext
Subscribe
Login
0 نظرات
Inline Feedbacks
View all comments